Stachybotrys chartarum is a fungus that has become notorious as a mycotoxin producer that can cause animal and human mycotoxicosis. Indeed, over the past 15 years in North America, evidence has accumulated implicating this fungus as a serious problem in homes and buildings and one of the causes of the “sick building syndrome.” In 1993-1994, there was an unusual outbreak of pulmonary hemorrhage in infants in Cleveland, Ohio, where researchers found S. chartarum growing in the homes of the sick infants. This incident increased the awareness of home/building molds and brought this fungus to the immediate attention of the medical community. In recent years there has been a cascade of reports about toxic molds in the national media. The New York Times Magazine, August 12, 2001, ran a front page story on toxic mold. Newspaper articles such as “Fungus in ‘Sick’ Building” (New York Times, May 5, 1996) or “Mold in schools forces removal of Forks kids” (Fargo Forum, June 1997) are eye-catching news items. The nationally syndicated comic strip Rex Morgan ran a series on Stachybotrys, and television news shows have run entire programs on Stachybotrys contamination of homes. The fungus has resulted in multimillion dollar litigations and caused serious problems for homeowners and building managers who must deal with the human issues and remediation.

Stachybotrys chartarum growing on natural or man made substrates can often be identified by a person familiar with its growth pattern. However, there are some very dark dematiaceous Hyphomycetes which look similar, therefore microscopic examination of the fungus is needed to confirm identification. When the fungus is actively growing, the characteristic phialides and conidia are easy to observe, but when dry, the phialides collapse, are more difficult to observe, and emphasis must be placed on morphology of conidia. Although the traditional method of identification is based on morphology of the sporulating structures, PCR primers specific for S. chartarum are reported and may now be used in commercial microbiological laboratories to identify this fungus. A PCR product analysis using a fluorogenic probe has also been developed to quantify conidia of S. chartarum and can be used in the analysis of samples from mold contaminated indoor environments.

Mycotoxins and Other Biologically Active Metabolites

The mycotoxins and other biologically active compounds produced by S. chartarum are of concern to human health. Mycotoxin poisoning by this fungus is referred to as stachybotryotoxicosis.

History of the Problem

In the Ukraine and other parts of eastern Europe during the 1930s, there were outbreaks of a new disease in horses and other animals that was characterized by symptoms such as irritation of the mouth, throat, and nose; shock; dermal necrosis; a decrease in leukocytes; hemorrhage; nervous disorder; and death. In 1938, Russian scientists determined the disease was associated with S. chartarum (then known as S. alternans) growing on the straw and grain fed to the animals. Intensive studies were then conducted resulting in the first demonstrated toxicity of S. chartarum in animals. Horses were actually fed cultures of the fungus. Contents from 30 petri plates containing the fungus were fed to horses and resulted in death, while even the contents of one plate resulted in sickness. Horses seem to be especially susceptible to these toxins; 1 mg of pure toxin is reported to cause death. Most outbreaks were associated with hay or feed that became infested during storage under wet conditions. The Russians coined the term stachybotryotoxicosis for this new disease. Since then, stachybotryotoxicosis has been reported on numerous farm animals from various parts of the world, especially in eastern Europe, but apparently has not been reported on animals in North America.

As recently as 1977 there was an outbreak of stachybotryotoxicosis among farm workers handling infested straw in Hungary. The symptoms were similar to those described in Russia and began appearing about 24 hours after exposure to the fungus. One interesting result of the investigation was that S. chartarum was cultured from scraping made from symptomatic areas of the skin and from samples taken from the nose and throat. Most workers recuperated when they stopped handing the infested straw.

Between the 1950s and the 1980s there were continued publications on S. chartarum but none that indicated a potential problem with S. chartarum in homes and buildings. In 1986, an outbreak of trichothecene toxicosis was reported in a Chicago home. Over a 5-year period, the family complained of headaches, sore throats, flue symptoms, recurring colds, diarrhea, fatigue, dermatitis, and general malaise. Air sampling of this home revealed spores of S. chartarum. The fungus was found growing on moist organic debris in an uninsulated cold air duct and on some wood fiber ceiling material. The home had a chronic moisture problem that favored mold growth. Extracts from the duct debris and contaminated building materials were toxic to test animals and several macrocyclic trichothecenes were identified in the extracts. When the mold problem was corrected, these symptoms associated with trichothecene toxicosis disappeared.

Since the paper was written there have been numerous reports of S. chartarum in homes/buildings in North America, but few definitive studies implicating the fungus as the primary cause of mycotoxicosis in indoor environments. Another important paper reported on the health of office workers in a flooded New York office building with high concentrations of S. chartarum on gypsum wall board (i.e., sheetrock). The study concluded “. . . self-reported health status indicator changes and lower T-lymphocyte proportions and dysfunction as well as some other immunochemistry alterations were associated with onset, intensity and duration of occupational exposure to toxigenic S. chartarum combined with other atypical fungi.” Another intensive study by Hodgson described an outbreak of disease in a mold contaminated courthouse and office building. The occupants developed fatigue, headaches, chest tightness, mucous membrane irritation and pulmonary disease. The building had serious moisture problems due to various factors. Interior surfaces were heavily contaminated with S. chartarum, Aspergillus versicolor and Penicillium species, and mycotoxins were identified in moldy ceiling tiles and vinyl wall coverings. These researchers concluded that a mycotoxin-induced effect was a likely cause of disease. The primary fungus involved, however, could not be determined. It was also reported about the correlation between prevalence of fungi and sick building syndrome after a long study in schools where there were concerns about indoor air quality. They concluded that Penicillium and Stachybotrys species may be associated with sick building syndrome.

In 1993-1994 a cluster of cases of pulmonary hemorrhage and hemosiderosis in infants occurred in Cleveland, Ohio. Because this is rarely observed in infants, an intensive study into the cause of the problem was initiated. There were several factors associated with this outbreak, but an important finding was that all homes of these infants had high levels of total fungi and S. chartarum (based on air and surface sampling). Furthermore, isolates of S. chartarum from the homes were shown to produce trichothecenes. The homes had previously sustained water damage which resulted in the mold contamination. It was this Cleveland event that initiated the headline news of Stachybotrys. Additional evidence of the association of S. chartarum with pulmonary hemorrhage in infants has since been published. An important contribution to understanding the role of S. chartarum in this disease was the isolation of the fungus from fluid washed from the lungs of a 7 year old boy. The child had chronic cough and fatigue, intermittent low grade fever, and recurrent pneumonia. His home was damaged from a flood and in an area near the bedroom S. chartarum and other fungi were growing on wallpaper. The child became symptom-free when removed from the contaminated environment. This is apparently the first isolation of the fungus from human body fluids.

There is considerable controversy, however, about the role of S. chartarum in pulmonary hemorrhage in the Cleveland incident and in human health in the indoor environment. Some members of the scientific-medical community believe there is insufficient evidence to prove a solid causal relationship between S. chartarum and these health problems. Indeed, in 2000 the Centers for Disease Control and Prevention in Atlanta published two reports critical of the study conducted in Cleveland and concluded that the association between S. chartarum and acute pulmonary hemorrhage/hemosiderosis was not proven. One of the most important areas where we lack information is the relationship between exposure to bioaerosols of S. chartartum (both in time and amount of the fungus) and effects on human health.

The possibility exists that there are multiple modes of action for S. chartarum to affect human health. Mycotoxicosis is clearly important but the immunosuppressant compounds may also have a role, although it is not clearly understood. The bioactive compounds may lead to lung dysfunction through various mechanisms. In addition, hemolytic compounds may be important, especially in infants. The presence of a hemolysin may lead medical investigators to view this fungus as a potential pathogen and not strictly as a mycotoxin producer. Also, the fungus could be an allergen . Plus, it is suggested that two or more of these modes may act together.

Detection of Stachybotrys chartarum is usually by visual inspection and/or air and surface sampling. Because this fungus is not readily airborne compared to other fungi, air sampling in a contaminated indoor environment may show low levels of spores in the air. Also, some media used for mold evaluation of indoor air are not adequate for growth of S. chartarum. Inspection of potential sites of contamination, especially in covered and protected places, is a necessity to determine where the fungus occurs and the level of contamination. If areas contaminated with S. chartarum are discovered, do not attempt to solve the problem without following recommended safety procedures for working with toxic molds, especially if heavily contaminated.

Please Contact Us for a Free Consultation if you even think there is a problem.

Home and building owners have a myriad of questions on molds and often need basic information and straightforward advice on how to correct a problem. Fortunately, public health departments, agricultural extension services, and many internet sites now have excellent information available on molds. There are private microbiological services which can be found on the internet, and in some states public universities, extension services, or health departments can offer assistance in mold identification. Home and building owners who suspect mold problems can Contact Us to obtain advice on remediation.

To prevent indoor contamination by Stachybotrys and other molds, aggressive action to correct moisture problems must be undertaken immediately! 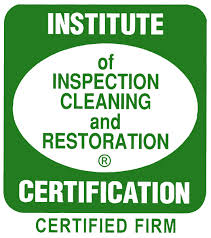